Born in Děčín, Czechoslovakia on May 15, 1946, she spent her childhood and attended primary and secondary schools in Prague. She graduated from the Faculty of Philosophy of Charles University, Prague with Prom.Phil. degree in 1969 (equivalent to a Master’s) in the area of Spanish and Russian. Later on, her Prom.Phil. thesis Functions of Linguistic Repetition (on the Materials of Russian and Spanish Dialogues) was recognized as a Ph.D. dissertation and she received her doctorate from Slavic and General Linguistics in 1970. Refusing membership in the Communist party, she was forbidden to defend a second dissertation Derived Nouns with Emotive Meanings in Russian for the degree of Candidate of Sciences. In protest, she left Czechoslovakia and lived first in Cologne, Germany (1974-1976), then emigrated to the USA. For this act she was sentenced to a year and a half in prison in absentia.

She taught at six universities in four languages in three different countries. Among these were the University of Cologne, University of Virginia and Harvard University. In addition, she lectured at Universities of Moscow, Bremen, Munich, Bern, Seville, Chicago, Brown (Providence), Prague etc. She has also served as a Director of the CIEE Exchange program in Prague for two years. Since 1982, she has taught at Indiana University, Bloomington in the Department of Slavic Languages and Literatures, where she has directed the Czech program for thirty years. She became a Full Professor in 1991.

Volková has authored many articles and two substantial books in the area of linguistic and literary semiotics: Emotive Signs in Language (John Benjamins, Amsterdam, 1987) and A Feminist’s Semiotic Odyssey through Czech Literature (Edwin Mellen Press, New York, 1997). Between the years 1976 and 1992, Western publications appeared under the name “Volek.” 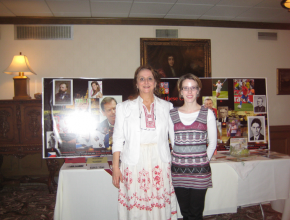 Among the main semiotic topics she has worked on are the structure of emotive meanings and signs; the difference between emotivity, expressivity, intensity and value; the typology of functions of linguistic repetition in Russian and Spanish dialogues; degrees and typology of emphasis in the area of Russian, Spanish and Czech syntax; semiotic interpretation of diminutives, augmentatives and other derived nouns in Russian and Czech, including their word-formational, lexicological and contextual aspects.

Her literary semiotic work focuses on issues of sexual relationships, responsibility, guilt, innocence, racism, nationalism, eurocentrism, relationship between private and public sphere, escape and vision, death and other emotive and value issues and their semiotic expression in the works of major Czech writers like Mácha, Kundera, Němcová, Čapek, Hašek, Vaculík, Hrabal, Havel and others. Another development of Volková’s linguistic theory of emotive language is her work on emotive signs in poetry, where she characterizes the poetics of individual authors and/or poems according to the types and frequency of emotive signs used. Most of her semiotic work has been written in English, reviewed world-wide and translated into Czech, German and Russian.

Currently, she is publishing a book on Forms of Exile in Jewish Literature and Thought (20th Century Central Europe and Movement to America), Academic Studies Press, Boston, MA, USA.